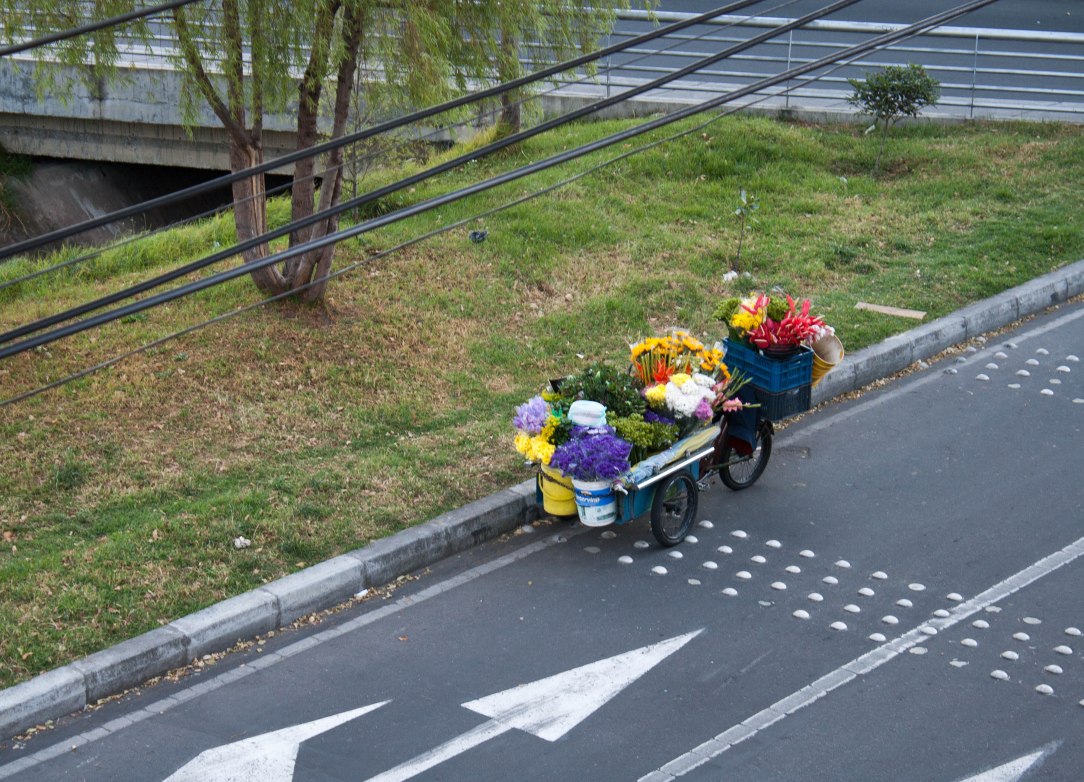 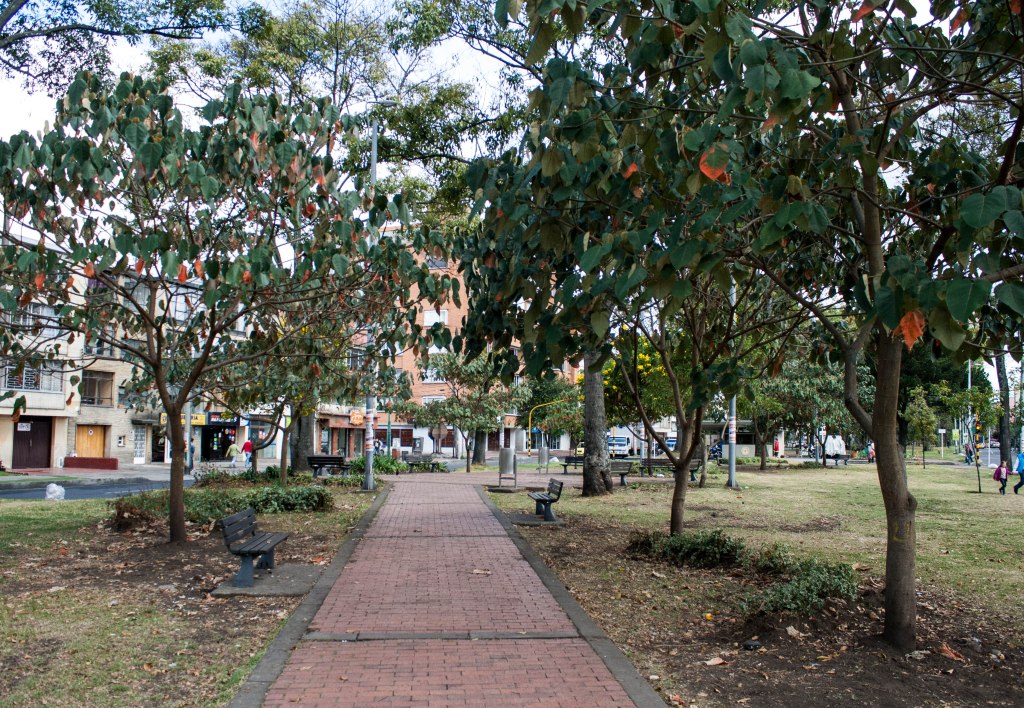 The Parkway was glorious this morning. The sun was shining and there were people everywhere. I saw a man carrying a giant bouquet of helium balloon figures, a baby with an enormous hair ribbon eating an oblea, an elderly man pushing an even older man in a wheelchair, a tiny political rally directly across from three identical couples on three identical checkered blankets enjoying three identical picnics. People chased dogs; dogs chased people. A homeless man slept under a tree while a guy wearing a completely white track suit lagged behind a jogging women in neon green pants. Construction workers destroyed and tried to rebuild a section of sidewalk and elderly women observed from nearby park benches.

In the last few weeks, I have had several nightmares about my new job, usually involving missed skype conversations and failed email communications. Then a friend dreamt that I both died and had an evil twin with a missing arm and leg. Besides the fact that I am overjoyed to finally have an evil twin, I think that my subconscious is letting me know that transitions are always a little bit challenging, even when anticipated with excitement. 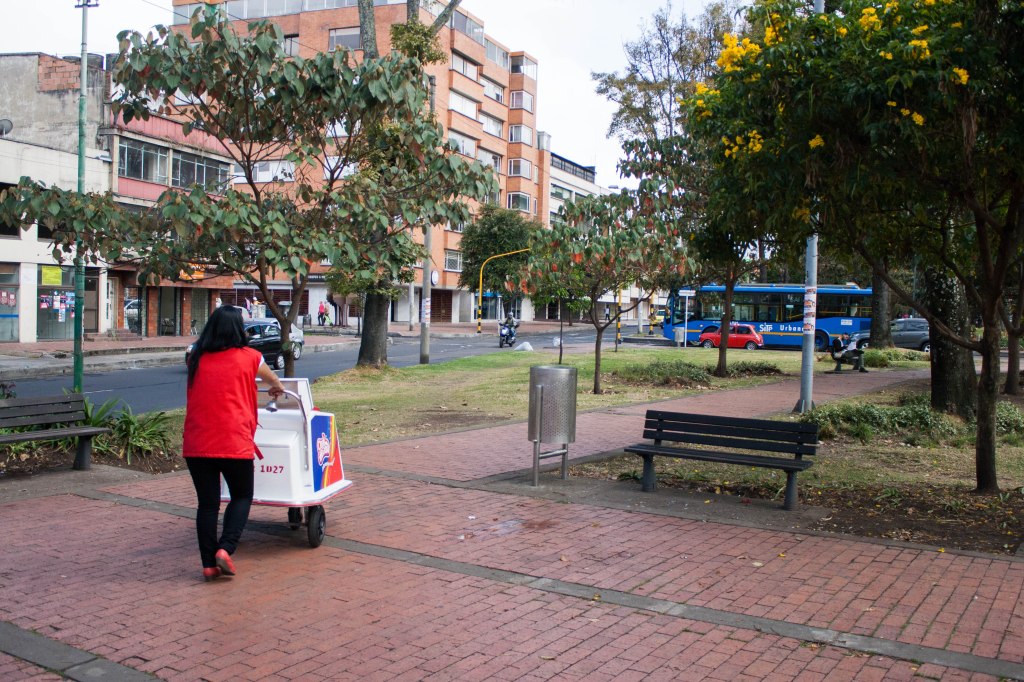 I never thought I would say this, but a small part of me missed being at this month’s Justapaz team meeting. It wasn’t the length or the lack of agenda that made me nostalgic, but rather the knowledge of what everybody is doing. For several days, I was one of the only people in the office and it bothered me that I didn’t know whether my colleagues were at a press conference or on the beach. While I continue to work at the exact same desk, I am not quite part of the team anymore.

On the other hand, I am relieved to no longer have to juggle all of the added complicity of trying to figure out work an environment formed by conflict. Colombia can by no means be described as all violence or conflict, but the very fact of working for peace in conflict ridden scenarios means that some sort of organizational dysfunction is normal, not only in Justapaz but across the city. Nobody trusts anybody. Trust has backfired in the past, yet because of different ways of communicating, I often had no idea what was actually going on until much later. Due to the reality of life here, it has taken me the last two years to gain some modicum of trust and a slight understanding of the complexities that lie behind what I wrongly assumed to be straightforward scenarios. As a non-Colombian, I have often felt like the weakest link. 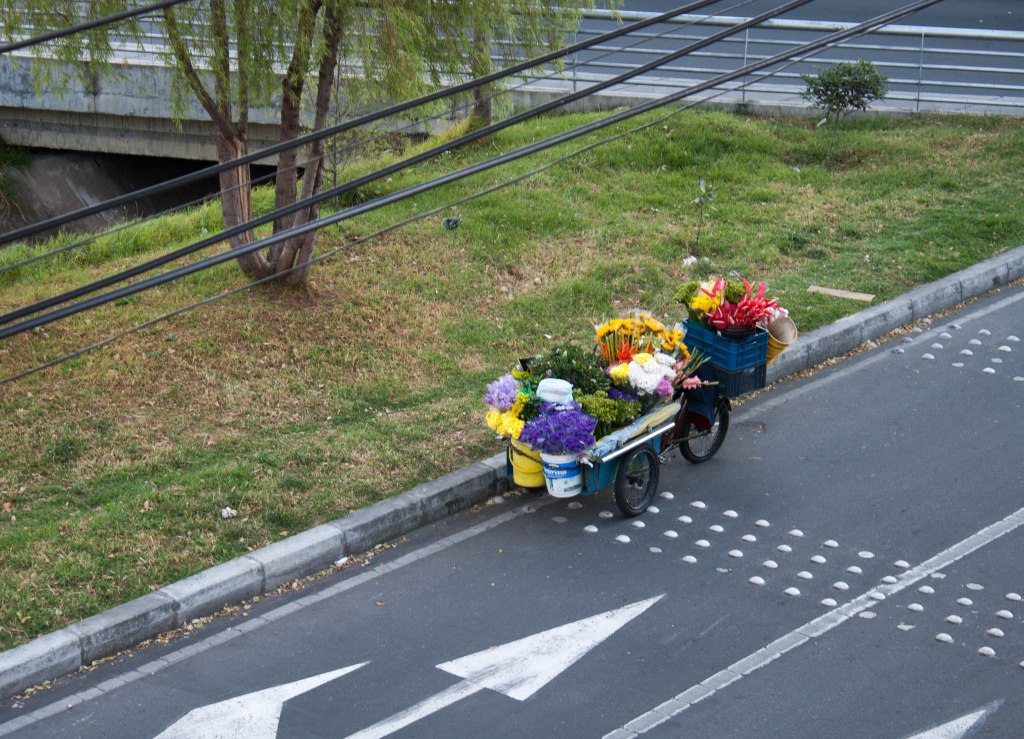 Then I feel guilty for feeling relieved. Am I giving up because I am excited to work somewhere with clearer expectations and a little more trust?

Or perhaps my feelings have to do with the normal nervousness around starting a new job. As the new advocacy and policy analyst, it is scary to admit that I come into this job with more questions than answers. What even is advocacy? 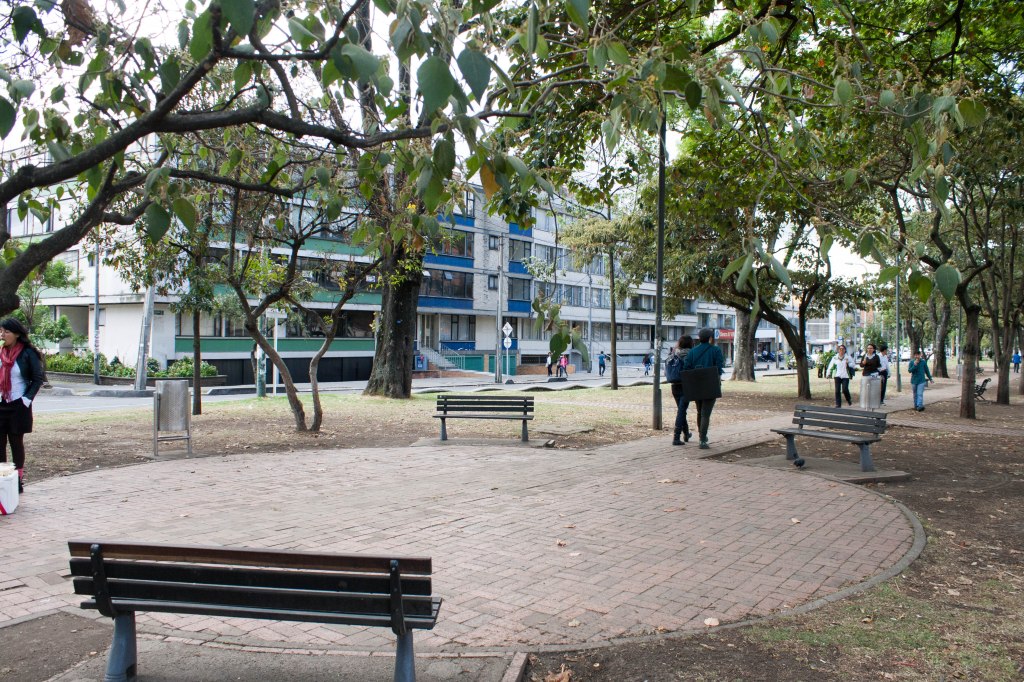 I was going through old files and found an editorial that I wrote two years ago for old Seed website after our advocacy trip to Central America. It felt surprisingly relevant for today. Here’s a brief excerpt: “A wise person once told me that advocacy means to listen boldly. In order to advocate, one must understand. We are trying to learn to listen, to ask questions, to be contextually aware. But no matter how good we become at these skills, we always carry ourselves and our understandings with us. Everything that we hear, see and experience is understood through our unique filters of culture, context, gender, history and language.” 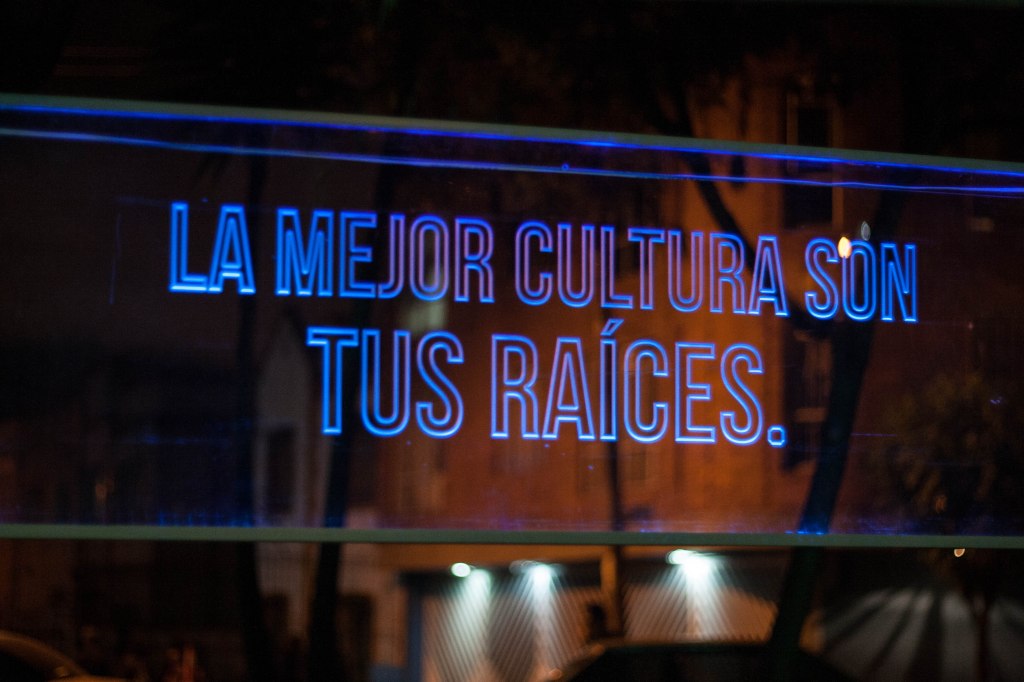 And what does any of this have to do with a morning on the Parkway? First of all, I am one of billions; I do not work alone. All of those billions of us are also infinitely interesting. I never want to lose a sense of wonder because I am afraid of making a mistake or, conversely, because I am the “expert.” Advocacy, Justapaz communications or Seeder, I get to keep on working with people and try to understand what makes us tick. How do we interact with power and each other?

Justapaz has gifted with an understanding the challenges of organizational work within conflict; Mampujan showed me that walking means putting one foot in front of the other. Now I bring myself and my experiences to something new, being aware of who I and ready to learn more about what it means to listen boldy.

Eduard Galeano says everything much better than I can. Thanks to Sara for the video.