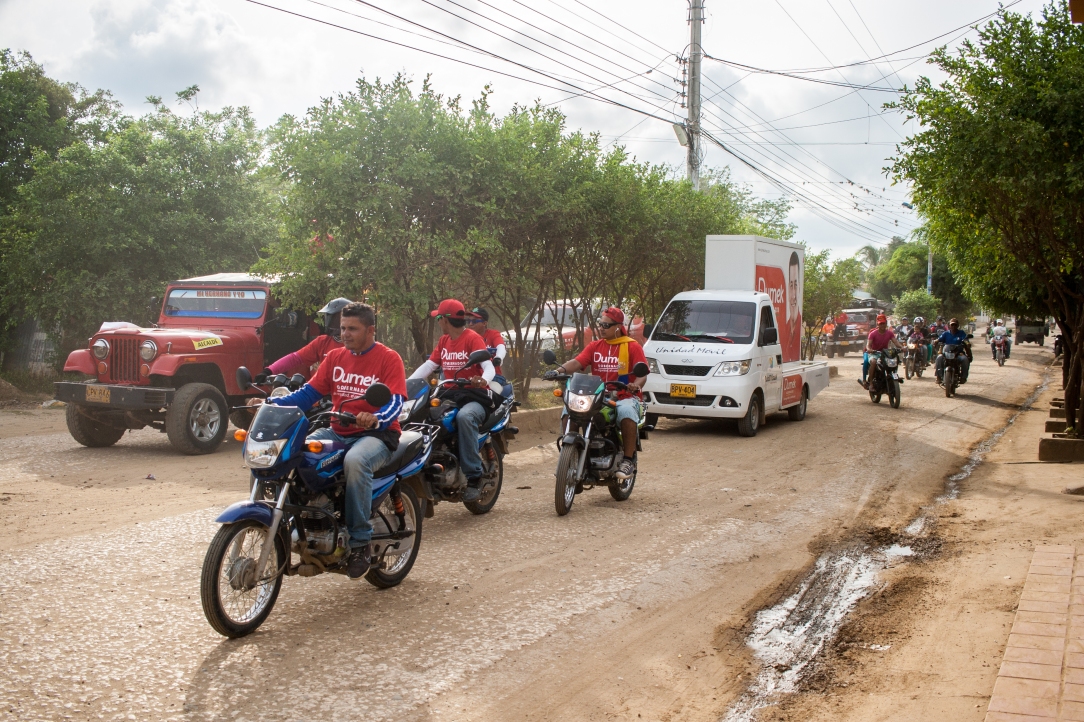 “To care is neither conservative nor radical. It is a form of consciousness.” -John Ralston Saul.

For most of my fellow Canadians, election season ended Monday night. My news feed is slowly returning to its normal fare of cat videos and pictures of people’s babies. Yet every time I shut off my facebook and walk out my front day,I leave Canada behind and enter the world of Colombian politics, including, yes, an election. 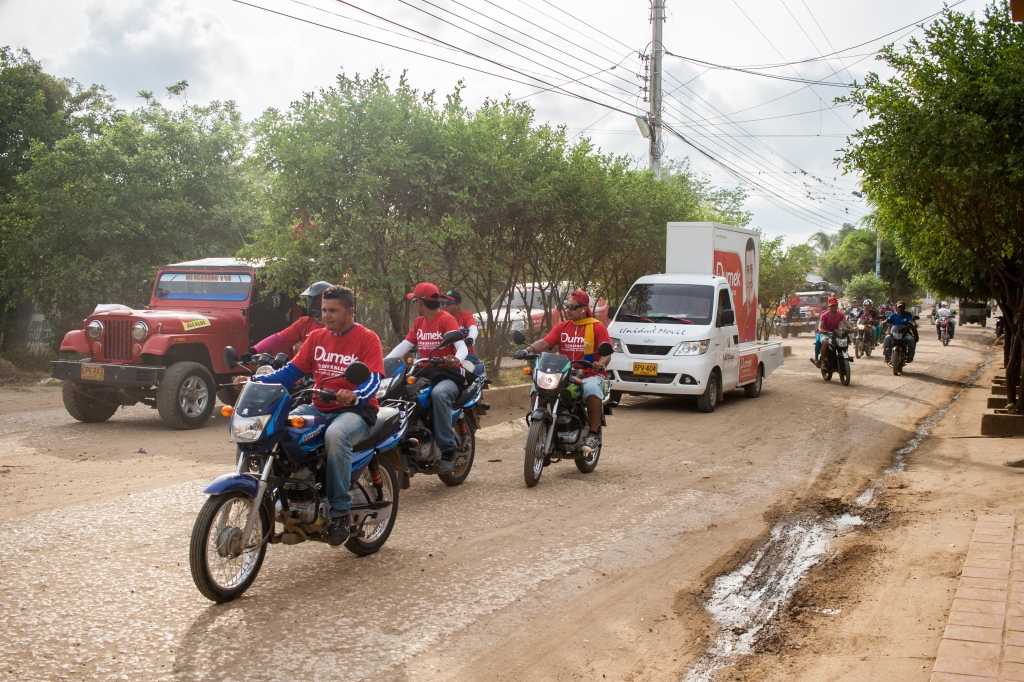 When I was in El Carmen de Bolivar last month, I walked through or witnessed at least one political motorcade every day. Candidates for mayor and governor sponsored giant dance parties in the plaza and every conversation centred around the campaign and who to strategically support. I have become an expert at refusing political pamphlets when I walk home from work and telling whichever party that somehow got my number that I unfortunately cannot vote, not being Colombian and all.

Election fervour is not just in Colombia. This Sunday, elections will also take place in Guatemala, and Haiti. There is a lot at stake in all three.

In Haiti, this is the chance to vote in a new leader to replace current president Martelly, who has been running Haiti without a parliament since January. Not only will his successor be responsible for restoring Parliamentary order, but also dealing with a migrant crisis as Dominicans of Haitian descent and Haitians are deported from the DR, along with the continuing impacts of cholera, poverty and making wise decisions as foreign investors increasingly knock on Haiti’s doors.

In Guatemala, previous candidates assumed to be high contenders in the presidential race were roundly defeated last month after investigations and nonviolent protests forced a corrupt administration out of office. Whichever of the two candidates in Sunday’s run-offs is elected will have a lot of work to do, including rebuilding trust and strengthening anti-corruption mechanisms.

While the elections in Colombia are not presidential, but rather for governors, mayors and city councils, the race is vitally important for the country’s post-conflict future. Billions of dollars for the implementation of the peace accords will be administrated by these local officials; if corrupt politicians, with the backing of various armed groups, continue to hold onto power, implementation will be very challenging.

Like many Canadians, I am excited to see a different face (with perfect eyebrows) in government. But just as Colombians, Guatemalans and Haitians know very well, change alone does not equal success. Voting is a part of citizen engagement, but not our only responsibility.

In Guatemala, civil society has come together in an unprecedented way to demand change. While the protests have been very visible, what has been less obvious has been the role of the church, an important sector of civil society. From participating in marches to publishing declarations of their commitment to actively take place in building a new society, the Mennonite church is that they are also an engaged part of Guatemala, alongside other sectors. 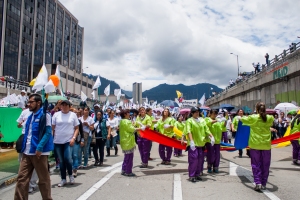 In Colombia, community members in the Montes de Maria have formed their own political party and are running candidates, under the name of the monkey, the symbol of their nonviolent movement. In Bogota, Justapaz is part of a platform that is monitoring ceasefires and advocating for increased civilian participation in the peace talks and their implementation.

In Haiti, Haitians from a variety of different organizations commemorated five years of cholera, introduced by United Nations troops,  by displaying photos of victims online and in front of the UN offices in New York, Geneva and Port au Prince. They are demanding an apology and reparations, alone with the removal of UN troops. Other organizations are monitoring elections and still others are involved in advocacy around post earthquake housing.

I know people in Canada who are already planning their trips to the Hill for advocacy meetings to encourage that campaign promises are kept. I have friends who are also instrumental in creating change in other ways, such Adeline Weber, a residential school survivor who is part of creating a new curriculum about residential schools for Yukon students.

Yes, elections, from Canada to Colombia, are important landmark occasions that determine a country’s course. But what I have seen from my colleagues across the continent is that they do not stand alone. In fact, a robust civil society is a vital part of a functioning democracy.

In Canada, I am encouraged by promises for Indigenous justice, for action on climate change, for electoral reform, for the return of the long form census,  but I am not naive enough to think that we have the perfect government.

We may have a young and inexperienced Prime Minister, but what better chance than now to build relationships and engage with Trudeau and his government in a meaningful way, while he is still listening? One way to do so is to contact your local MP, congratulation them for their win, and then offer your support and constructive criticism.

There are many other creative opportunities for engagement. Write letters to the editor. Join a political party. Make good art. Stay informed. Go to a protest or a town hall meeting. Take part in a community group.  Eat local. Host a refugee family. Volunteer at a school.

People across the Americas remind me that an engaged and caring life is a creative one that asks questions about what it means to live well that extend far beyond the ballot box. As Rebecca Solnit, the guru of hope, writes in a fantastic article:

“Other eras and cultures often asked other questions than the ones we ask now: What is the most meaningful thing you can do with your life? What is your contribution to the world or your community? Do you live according to your principles? What will your legacy be? What does your life mean? Maybe our obsession with happiness is a way not to ask those other questions, a way to ignore how spacious our lives can be, how effective our work can be, and how far-reaching our love can be.”