The Mexican border is a line between

Faith and the shackled dream.

It was 11 o’clock at night and I was furious. You know, the kind of anger that only happens after fifteen hours of flights and airports on top of an exhausting week, with the anticipation of your own bed a mere twenty minute taxi ride away, when you realize that there are only four people working at immigration and you are at the end of the line-up that will take at least an hour. In this case, I was more angry than usual, mainly at myself. I had spent a week on the US\Mexico border, meeting migrants who had travelled hundreds of thousands of miles, with no documents to guarantee a safe passage anywhere. And there I was, desperate about another hour in line and equally furious for the ease in which I treat crossing borders, casually sliding my Canadian passport across the counter when it was finally my turn. 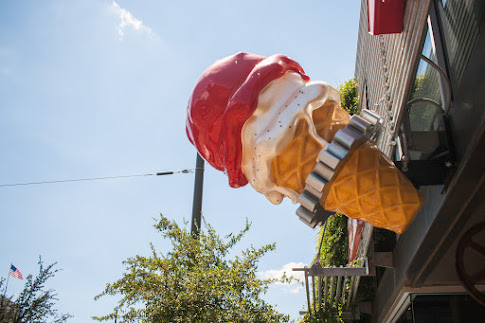 Sometimes, I wish that I could turn off that voice, the one that always asks me, “but Anna, have you really thought about this enough and considered all the perspectives?” I want to revel in my emotions and impulses, not analyze and question every one of them. If anything, however, the last few years in Latin America have instead taught me to be hyper self-aware, constantly paying attention to who I am in the midst of shifting surroundings and power dynamics.

This is the voice that has guarded my emotional well being throughout my time in Colombia and recent travels. It reminds me to take a step back, to observe longer, to see joy, to place individual suffering within a global framework, to examine the complexity of a situation instead of seeking simplicity. Generally, I am able to live steadily within the delicate balance of have and have nots, the intertwining of beauty and ugliness.

This trip to the border was different. It was hard, in the relentless, numbing way that opening up to a narrative of oppression should be, I suppose. Except this time, I sensed myself growing less and less numb as the week went on, unsure of how the pain was getting in.

I left Bogota at midnight, finally arriving in Tucson late the next morning. I was mentally prepared for Mexico; I was not ready for the United States. A whirlwind of Costco and downtown Tucson left me unsure of where I was and what to expect of a trip that started out and ended more like home leave than Latin America. 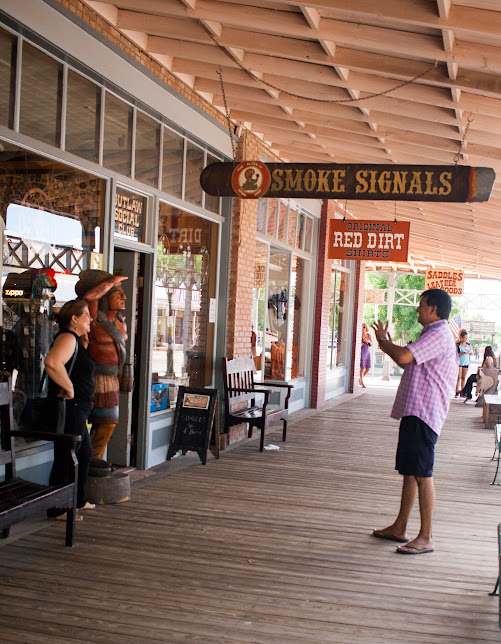 Before finally arriving at Douglas/Agua Prieta, our border town destination, we stopped at Tombstone, AZ, a town right out of an old western movie, complete with wooden boardwalks and swinging saloon doors. The stagecoaches and people in western wear served to remind that the legacy of the Wild West- of Indians and Cowboys, gun battles and dance halls girls- live on. Tombstone set the stage for the rest of the week: a myth of the dead, cigar store Indian and the right to draw a line down through the desert and call it your own, all in the name of freedom.

If Tombstone set the stage, then the border was set up to be the drama, a place were anything could happen. Yet, it wasn’t so much the border, as the northern side, that got to me. Agua Prieta and the excellent work of Frontera de Cristo and Cafe Justo are part of the narrative I am used to seeing: a difficult setting, a small grassroots organization acting out hope and hospitality, a good feeling that change is possible.

When a colleague asked us if we wanted to go to the forensic morgue in Tucson where the bodies found in the desert are kept, as part of our visit to the Colibri Center, my immediate, in my head response, was an emphatic no. At the same time, part of me was curious- was I really tough enough, activist enough to handle the morgue? I could add it to my street cred, the final item on the witness list of human rights violation horrors.

Katherine Boo writes about poverty journalism and how we often present stories of people who are already in contact with our programming. This way of telling  presents a false reality, in her words a “lopsided cosmos,” as the majority of the world’s population do not receive specialized attention. I finally understood that at the morgue and my toughness or not didn’t matter at all. After five years of being present in dynamic and life-giving spaces, I found myself in a place of finality, too late for an intervention beyond reuniting the missing with their families. There is no chance for a normal interaction, of questions and conversation. All that remains are remains and my observation creates a wholly one-sided story. People really are dying on the border and all our good work trembles at that simple fact.

When are you allowed to let your heart break?

Is it when Kat from the Colbri Center, tells us that our responsibility to only bear the pain that belongs to us, not to others? Yet Kat’s voice lingered on the edge of breaking as she describes the tiny feet of the nine month old found in the desert and brought into the morgue that morning.

Is it when I memorize the inspirational quote beside the American flag hung at the back of the detention centre board room, trying to make sense of a definition of courage that can only be defined as nonsensical to those detained within the centre? “Courage: Freedom is the sure possession of those who have the courage to defend it,” is written below the proud photo of a steely eyed eagle.

Or maybe it is after we have returned late that afternoon, checking into our Tucson hotel, and the receptionist smiles and hands all of us cookies with our room keys. All of us except the Latino members of our group, whose keys are roughly shoved at them across the desk, without a mention of cookies and I realize how easily my skin slips through all sorts of boundaries.

Or perhaps it is after I have landed, finally cleared customs and am back in my Bogota home away from home, still tired and running errands the next day, pausing to stare at the Colombians walking by. I know with new certainty that the faces on the street around me, from the homeless man on the corner to the students giggling by the bakery, could also be found in a morgue if they tried to cross borders.

The heart knows the way though there may be high-rises,

Those who will despise you because they despise themselves.

When are you allowed to hope? 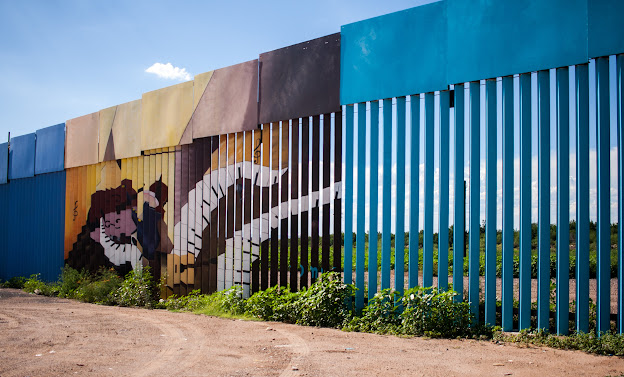 On our last morning in Tuscan we sat on lumpy couches in the Casa Mariposa, grasping at any straw of hope we could find. The world did not disappoint. Julia* and Johana* shared the story of their friendship, developed over months spent together at the Eloy detention centre. Julia was detained for over two hundred days, separated from her three children and fighting a desperately expensive legal battle for reunification. Border Patrol officers caught a glimpse of brown people driving a car in Tucson and turned around in pursuit, eventually throwing Johana into detention over visa issues.

Julia told us of a privately run detention complex and set of rules that sought to destroy friendship by punishing the women for sharing commissary snacks and five dollar phone cards among themselves. Yet relationships did form among the women and when Julia needed a bank account in which to transfer the money her parents were sending from Mexico to help with legal fees, Johana was quick to offer her assistance.

“The first thing I did when we were finally together again, outside of Eloy was beg for forgiveness,” Julia said, her eyes filling with tears, “I needed someone to help me and I know that Johana was in Eloy for that exact purpose.”

Together, the two women want to do more for others in similar situations, writing letters to the detained and encouraging visitation. They are looking for change and believe that it begins with them, doing whatever they can.

Beyond the morgue, the wall, Cafe Justo, and the detention centre, this was the most powerful moment of the week. It was an encounter with the living, breathing determination to allow a shared humanity to dissolve boundaries.

I have been following the #noDAPL movement for the last week. From videos and photos, the energy and excitement is palatable. That same energy was present in Casa Mariposa and is why I am not allowed to stop hoping, even if I weep sometimes. In a world run by cynicism and corporations who view people as numbers with a price tag, daring to treat yourself and others with dignity matters. Part of dignity is believing that we can make a difference, whether it it means raising a child, stopping a pipeline, or opening a bank account for a friend.

After leaving Casa Marisposa, we went to the Tucson Courthouse to witness Operation Streamline hearings. Instead of assembly line court proceedings, however, a citizenship ceremony was underway. Entire families sat together, dressed in Sunday finery and beaming with pride, as they were welcomed into the United States community.

There is a borderland between belonging and not belonging. I’m still angry. 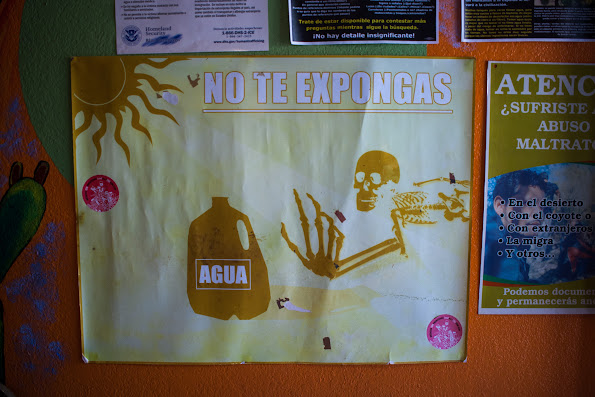