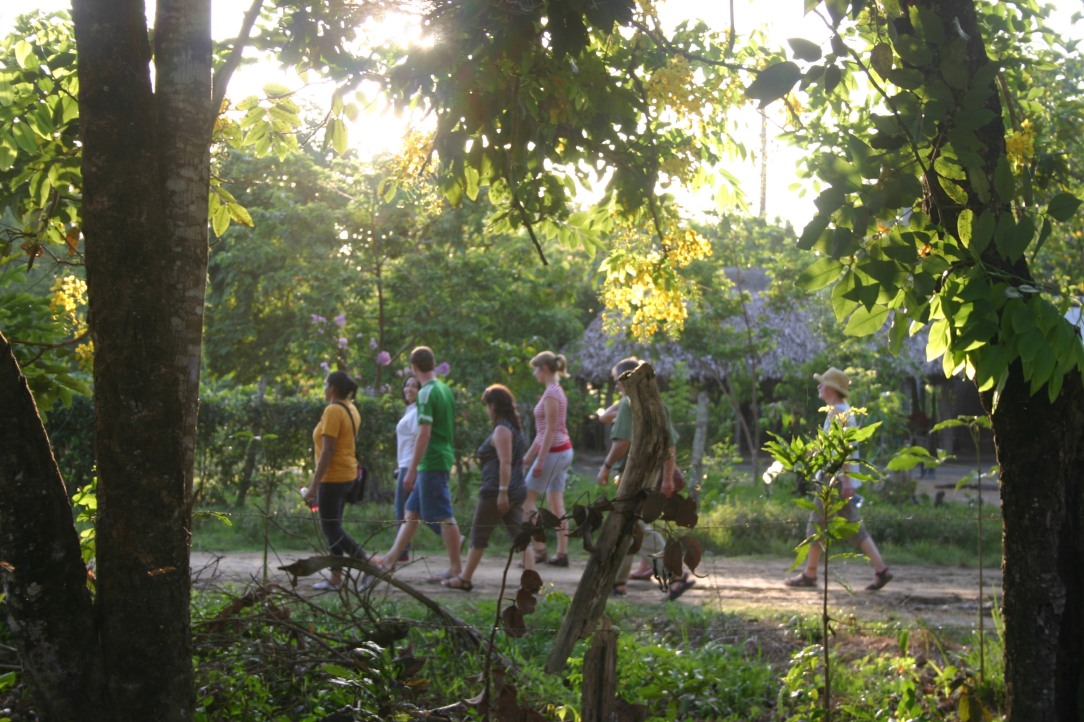 Talking to Strangers and other Superpowers

By Anna Vogt in Canada, colombia, featured on November 3, 2022
No comments

One of my favourite things in Colombia was feeling like I had a superpower to make people talk to me every time I walked down the street. I would say hi to every person I passed, old or young, and they would respond back, socially obligated to return the greeting. In reality, it was less of a superpower and more of a way of life that was carefully upheld by everyone in the community. I would be scolded later if I hadn’t properly greeted everyone on my path. When I would visit my elderly neighbours, they would bemoan the fact that young people didn’t saludar (greet) like they used to and would yell out the door at whoever was passing and didn’t stop to say hello that they were being disrespectful.

Coming back to Canada, and moving to Ottawa, was hard. Nobody talked to each other. I felt awkward and unsure. I had worked so hard to cultivate a new set of Colombian social norms that I no longer had any idea of how to talk to Canadians. And worse of all, Canadians didn’t talk to me!  Going to a networking event or engaging in small talk with the end goal of “making friends” was terrifying. I was nervous about doing something wrong that would reveal me to be a charlatan, a Canadian who didn’t know how to talk to Canadians.

Then the pandemic happened and all chances for connection disappeared.

Something shifted for me about a year ago as pandemic restrictions lifted. Every chance to talk to someone without fear of infection suddenly seemed so precious that my concern about losing the moment became greater than my fear of not knowing how to talk Canadian. I remember a moment of connection with someone in a grocery store aisle about food prices and the feeling of being seen; of laughing with the woman ahead of me at the pharmacy as we both looked for elusive COVID tests and having the woman at the till wish each of us a day as good as the one we had just made for her.

My blossoming love for talking to strangers in Canada was cemented when I started chatting with folks at another pharmacy as we waited for the results of the COVID tests that meant we could get on planes the next day. Without even meaning to, I started an impromptu cheering section in the corner of the store, and together we all celebrated each person’s negative test results as the doorway to a great adventure.

Since then, I’ve become more intentional. I don’t pry but I do try to open a space with a stranger for a conversation whenever I can. Every time, I’m astonished by how much the connection means, to me and the person I am connecting with, and how things flow. It is a shared moment of laughter over someone’s kids’ antics (I had a hilarious conversation in an elevator about why a plus one couldn’t be a plus 4 with a child and their caregiver); it is the celebration of a woman watching the sunset beside me on a bench by the Ottawa river on the last day of her first solo cross-Canada trip after leaving a hard marriage and finally feeling free; it is the way taxis drivers tell stories of encountering snow on their first day in Canada and how their families are gifted with generosity. I compliment people’s clothing choices in the elevator and in line at coffee shops and I watch people blossom as they feel seen, and as I, in turn, am also seen.

We all have exactly that superpower that I first discovered in Colombia. According to research (yes, imagine my delight that there is research on talking to strangers!), talking to strangers makes us happier, less lonely, and helps us engage with the world in ways that reduce prejudice and stereotypes. We start to see and treat strangers as less of a threat of rejection and danger, and more as simply human, just like us. When we feel connected to those around us, even if it is only with strangers we have encountered once, we are less likely to respond to uncertainty or difference out of fear and suspicion, but rather with increased curiosity and empathy.

We often think that we need big projects with lots of deliverables and specials skills to reduce polarization, what if we thought that those same objectives could be achieved anywhere, by anybody, simply by developing the muscles and confidence to engage in super low-stakes conversations with the people we see every day but never talk to? Baristas, grocery store clerks, people walking their dogs, and moments of standing in line together at the bank. The possibilities are endless, and they are fully accessible!

Of course, we need to be careful to consider power dynamics and safety factors, especially when we are from a dominant group that may increase the level of fear in the people we are trying to engage with. We want to ensure that there are good conditions in place for a healthy and safe conversation. If you are a man trying to strike up a conversation with a young woman in a parking garage at night, maybe don’t.

According to research, one of our biggest barriers in the west is the assumption that strangers don’t want to be talked to and that we will be rejected if we try. Most Canadians also feel like they don’t know how to talk to Canadians. We also don’t expect that we will enjoy the experience or learn something. Yet study after study shows that, in the vast majority of cases, across age, gender and ethnicity, in around 90% of the interactions, both parties engaged with each other with eagerness and left feeling happier and with a greater sense of connection.

Introvert or extrovert, we are all intensely social beings who crave connections with others. According to social science, we evolved that way. According to the Christian faith, we are designed for community and only when we are together, can we see the fullness of God’s image reflected and see ourselves as part of a greater whole.

When I engage with the confidence that other people are fully human and want to connect with me, the whole interaction changes.  I can see the fear of not being liked, of not being wanted, and of desperately desiring to make a good impression, radiating off the other person in networking events or at a restaurant. When I engage in a curious and open way, confident that we all desire connection, I watch that fear dissipate in the other person and the space for possibilities open. I don’t need to go to another country to be transformed, because the grocery store and the street corner are actually the perfect places to learn more about the world around me.

Engaging with strangers means questioning my assumptions of what is normal and what people may be thinking. It means removing the focus from myself, and rather simply viewing both of us as two people worthy of engagement, created in the image of God with a desire for community. And as every Colombian who walks down the street greeting their neighbours knows, this is an actual superpower.