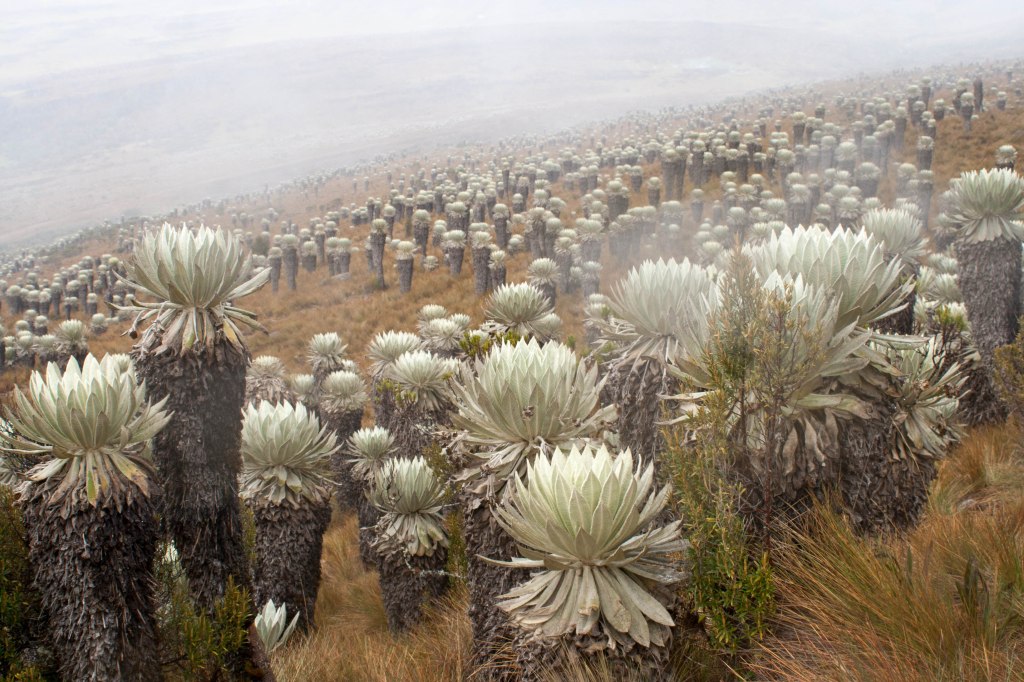 I spent eight hours last week hiking through a páramo. It was amazing. Situated between the tree line and the snow line, páramos are a sub-tropical tundra region in Colombia´s Andes.  Frailejones, which grow an average of two centimeter a year, dotted the landscape as far as we could see. We waded through bogs and drank from fresh mountain streams, in awe of everything new all around us. The entire landscape appeared to be a combination of Lord of the Rings, Narnia, Dr. Seuss and something, entirely, surreally, Colombian. Where else, with features like this, could we possibly be but in this beautifully strange country?

Gabriel Garcia Marquez died last week. His works are ever present in our minds these days: One Hundred Years of Solitude, Love in the Time of Cholera, Chronicles of a Death Foretold. Each one contains a unique touch of magic realism set in communities on the Caribbean coast. I recognize the communities I lived in and all of their idiosyncrasies; if Gabo had lived in Boyacá, I am sure his books would have been set in a páramo.

In his Nobel Prize for literature acceptance speech in 1982, Gabo talked about the harsh reality of history in Latin America, especially in the years of the dictatorships. He stated:

A reality not of paper, but one that lives within us and determines each instant of our countless daily deaths, and that nourishes a source of insatiable creativity, full of sorrow and beauty, of which this roving and nostalgic Colombian is but one cipher more, singled out by fortune. Poets and beggars, musicians and prophets, warriors and scoundrels, all creatures of that unbridled reality, we have had to ask but little of imagination, for our crucial problem has been a lack of conventional means to render our lives believable. This, my friends, is the crux of our solitude.

Instead of watching television dramas, I have been watching the news about Petro, the former and once again mayor of Bogota. Ever since December when he was threatened with firing from office, political life in Bogota has been like living in a páramo. Who knows what new and mysterious thing will suddenly arise on the horizon? Things appear like they somehow work on the surface, but in reality, just like the ice in Macando, make no sense at all.

After a long series of domestic court rulings supporting his expulsion, despite citizen lawsuits stopping his leaving at the last minute in January, and a cautionary measure issued by the Inter-American Commission on Human Rights (IACHR), Petro was officially dismissed by President Santos in March. It seemed like the end of a long democracy-ignoring politlcal drama.

On Tuesday, however, the decision was reversed. The Superior Tribunal of Bogota ruled that by ignoring the decision of the IACHR, Petro´s rights and the rights of the citizens of Bogotá were being violated. The Colombian Constitution upholds decisions of the IACHR; by ignoring their decision, Santos was found to be violating his own country’s constitution. Santos had stated earlier that if a Colombian court ruled in Petro´s favour, he would comply. The President, therefore, has reinstated Petro as mayor.

Victory for democratic rights and for the role of IACHR in Colombia’s constitution!

We can all take a deep breath. The State Council, however, another one of Colombia’s four high courts, is still studying the case. So who knows? And of course, there is still the impeachment referendum, previously planned for before the first firing. It will now be held sometime in the near future so citizens can decide if they want Petro to remain or prefer early elections. Now we are back to ads like this one:

All I know is that the spirit of the great Gabo lives on. I hope he is chuckling from above, because I am not sure how to render this believable. I am going back to the páramo, where at least things seem a little more real than the constant up and down of Colombian politics, even when there is reason to celebrate.