What is a Peace Prize?

Last night, the Women Weavers of Dreams and Flavours of Peace of Mampuján won the National Peace Prize. These are my reflections after the event on the various definitions a peace prize can hold.

A peace prize is a piece of paper with handwritten words on it. It can be held to to the light by a ten year girl or carried around in a giant white folder.  It wouldn’t be hard for it to catch on fire or get eaten by the tiny insects that live on the Caribbean coast. It comes with a lot of money that may be used to build an office to hold the sewing machines and stacks of fabric stored in plastic tupperware.

A peace prize is exciting. When Juana looked ready to faint from nerves before the presentation, I realized how important this event was for my strong friend. Seeing my neighbours on stage, as women and Afro-Colombians, with the entire country recognizing and celebrating their history and work is an amazing thing. As the announcer burst into tears as she said their names and the audience went wild, it was clear how the warmth and caring of these women had touched so many people from outside of their community, from the magistrate who ruled on their case to members of the United Nations. I cry when I think about one of my closer friends in the group, a woman who is living in a difficult family situation with little to no support for her community work, and the beauty of her country giving her a standing ovation.

A peace prize is an opportunity to ponder what it means to be from Mampujan, for the next generation. Doris and Elisa, both ten, asked me the questions they had been asked by reporters: what is the responsibility of Mampujan now that they had won the peace prize? When I turned the question back to them, they responded with the need to continue to model peace as an example for other communities. Mayo, an eighteen year old young women glowed as she shared her dream of completing her social work studies and staying in the community to work with youth. Especially as young women and girls, the examples of their mothers and aunts is a powerful lesson that they too can be leaders and changemakers.

A peace prize is depoliticizing. Choosing to award the prize to a group of six women instead of the community of a whole means that a larger process of advocacy and struggle for state attention can be ignored by a discourse that is solely about personal healing and reconciliation. Mampujan´s decision to take part in the first ever Justice and Peace process and carry on through years of chaos and administrative disorganization is an important contribution to peace in Colombia that also deserves recognition and a national conversation about transitional justice processes. Exactly four years ago this month, we walked to Cartagena to demand reparations; for the community as a whole, those steps were also liberating, healing, and political. 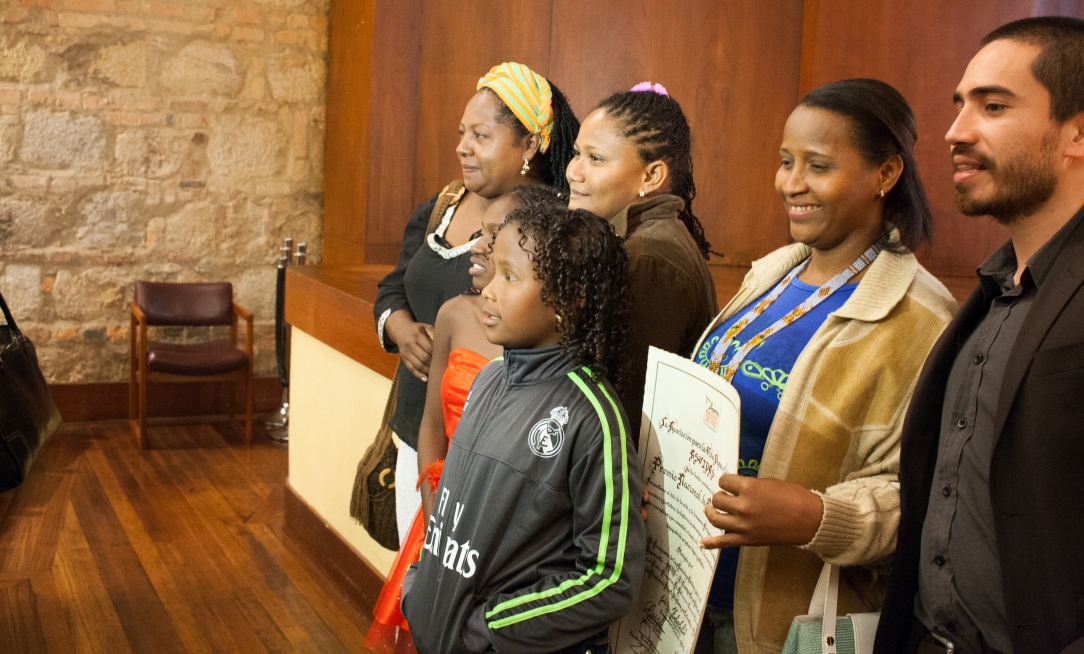 A peace prize is a moment to ask questions about trauma, forgiveness and reconciliation. When I told the receptionist at work about my evening, she googled Mampujan to see what all the fuss was about and found this video. As she watched, she kept pausing to tell me things I had never heard before about her childhood in Santander, at the time controlled by guerilla fighters. She shared moments of sheer terror: of seeing armed men through the slats in the wooden walls of her home and dashing to hide under the bed; stories of massacres in a nearby town; and of the fear she still feels today whenever she goes home to visit. Watching women who had gone through a similar experience of armed conflict and found healing meant that perhaps a life lived with fear did not have to be forever.

A peace prize is complicated. What does peace even mean when a retired general who started the consolidation plan in the Montes de Maria, basically bombing the territory into submission, is awarded a peace leadership prize at the same event that women from the Montes de Maria are celebrated for nonviolence and reconciliation after a displacement that was supported by the military in the area?

A peace prize is an awkward conversation in an elegant living room. At the very anti-climatic after party, we hopped into private cars and went to the colonial home of an artist friend. As we sat in easy chairs and ate take out chicken off china plates, the artist and a university professor explained over the heads of the exhausted women, with a contribution every now and again from Juana, about what it means for the women to win the prize, without ever once asking them. The winners seemed to fade into the background as their accomplishments were lauded without their participation. 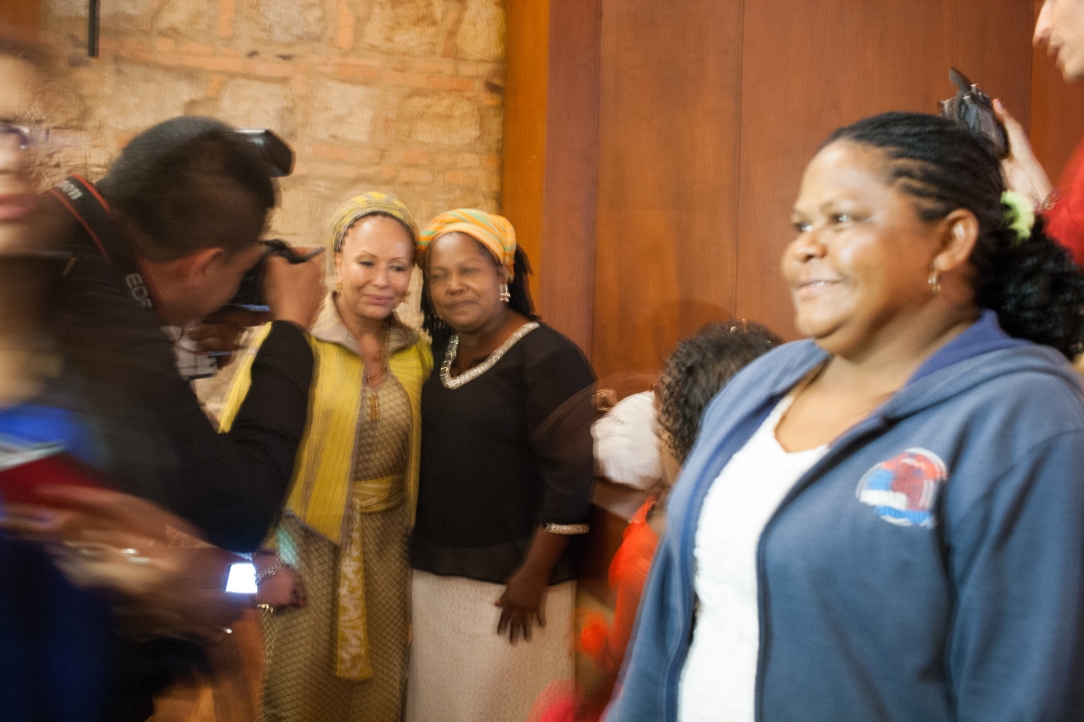 A peace prize is a reminder. There are countless communities across the country that are dedicated to social justice and peacebuilding. Reconciliation movements in the Alta Montaña. Alternative crops in Choco. Education programs in Cali. Indigenous peace communities in Cauca. Campesinos across the country that continue to plant crops, play baseball and bathe in their creeks with pride. The list of grassroots movements seems endless; each initiative is worthy of national level recognition. A peace prize awarded to rural women is a chance to remember and celebrate the possibilities and power of change from the bottom up.

A peace prize is a moment of wonder. Yes, it is complicated, like most parts of life in Colombian. I am, however, filled with pride and wonder at the very fact that four years and two months ago, I moved to Mampujan with no idea about what lay ahead. Last night, I hugged Gledis, Juana, Alexandra and Ana  at an event that I never imagined would weave its way into my story here in Colombia. What else is possible? A peace prize may be a simple piece of paper, but it is so much more in the lives of each one of us, in very different ways.

3 comments on “What is a Peace Prize?”