How to Win Friends and Influence People

I went home to the Yukon for my brother´s wedding last week. Throughout the entire 30 hour trip there and back, I was fist-bumped, the centre of heated conversations over multiple rows of seats in airplanes, given high fives in the Dominican Republic airport, was flirted with by flight attendants like never before, and hundreds of people liked my facebook selfies. At one point during a flight, my cousin leaned over and asked if I always made friends on airplanes. Actually, never.

Just like this entire country, in the last two weeks I have discovered the secret: a Colombian jersey opens doors and wins hearts like nothing else I have ever tried.

In other words, we all have futbol fever. Over 2 thousand children have been named after stars and coaches in the last two weeks of the World Cup: Pekérman, Mondragón, James y Jackson. I have never talked so much about sports in my life and actually cared. I was back in Colombia in time to watch the victory against Uruguay and the energy was palatable.

My nails have the Colombian flag painted on them. I have my jersey on for the quarterfinal. Reelected President Santos has declared the afternoon a civic holiday. We are closing the office at 2pm so that we can watch the Colombia-Brazil game and still get home safely before the post game crazy begins. My colleagues have stopped sleeping because they are so worried about today´s game, analyzing possible scenarios all night long. Colombia has never gotten so far before; even I feel ulcers coming on.  The whispered prayer no one dares say out loud for fear of ruining everything is always present. What if we win?

I choose celebration, even with billions of dollars spent on stadiums, not social services. For once, Colombia is not playing against itself. I would rather see the streets full of flags that unite than election posters that divide and turn peace into a political campaign to be for or against. Maybe that is why thousands of people destroyed their votes, writing in Coach Pekerman for President during last month’s elections. Yes, Santos won in the end, but the 45% of the population that did not vote will be watching the game and out in the streets today, because this is something they actually believe in.

In between praising Ospina’s saves and betting on the game we discuss cheap patriotism in the office; colleagues bemoan the fact that the entire country fills the streets after every game to celebrate their country’s victories, but nobody brings that same energy to working for lasting change. “What is wrong with us?” they question after windows are broken and 9 people are killed in the aftermath of the first game. I tell people about Vancouver’s destruction after the Stanley Cup Game and how mob mentality violence is not something unique to Colombia.

Rather, in a country with an often negative self image of themselves as simply underdeveloped and violent, this is a moment of image change, both at home and abroad (Colombia has never been more popular on Google, and it has nothing to do with armed conflict and everything to do with sports).

Now is the time to live out that new image.

This might be cheap patriotism and false optimism, but if we can get this far, together, what else is possible?  Just like conflict, the energy of soccer excitement is a neutral force that can be harnessed for good or for bad. A group of campesinos, Indigenous people and Afro-Colombians of a group called Con-Paz have written an open letter and invitation to Colombian James Rodriguez, voted the best player so far in the World Cup. They remind him that during the extreme violence of the early 2000s, armed groups played soccer with human heads, that in many spaces there are no televisions with which to watch the game, and children play the beautiful game with balls made of garbage. 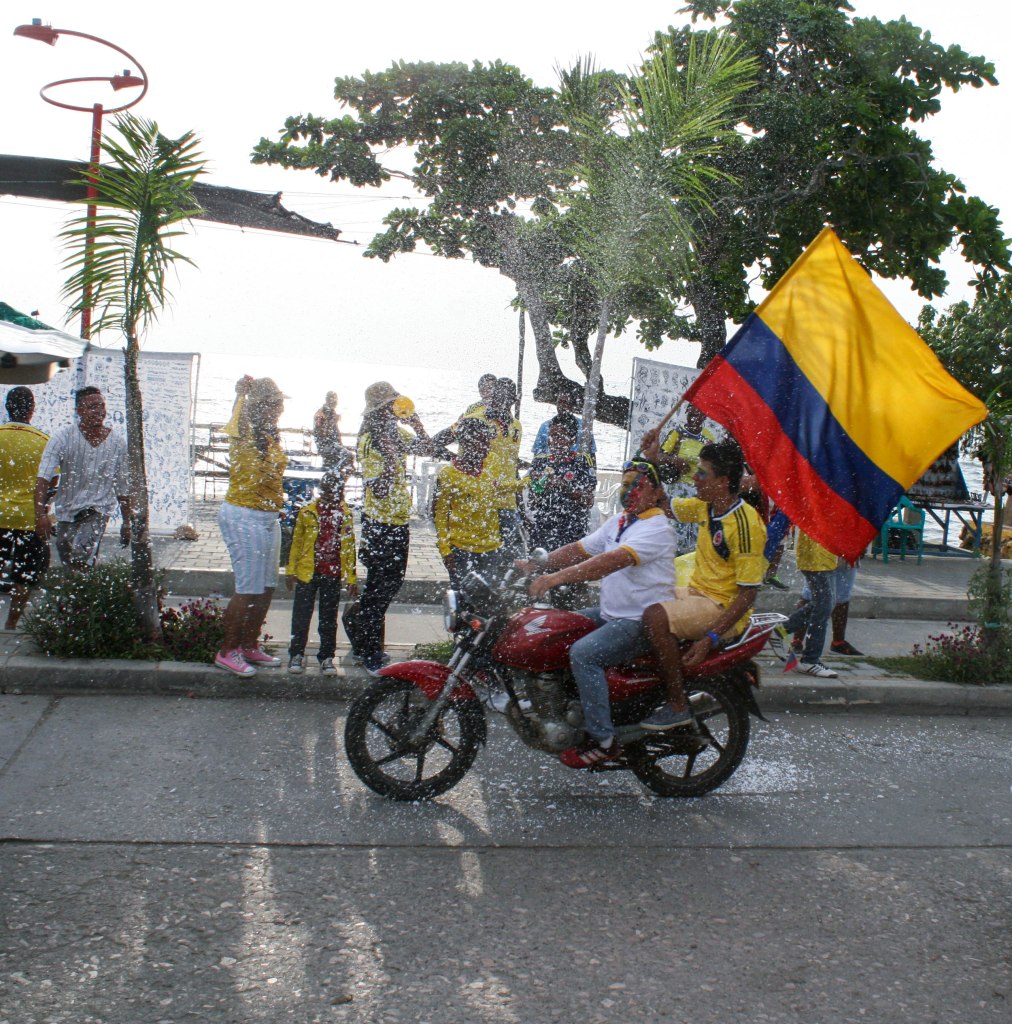 Yet they also reflect on the way the Colombian team is expressing collective values and the hope that futbol can go beyond nationalism, to lead to cooperation, to encounter and to community. For Con-Paz, the team, and the excitement surrounding it, is an expression of a national desire for a country where difference is complementary, of the joy born of an inclusive democracy where respect for people and the land is shown, and of the push to imagine a fairer Colombia. In the end, the game is an invitation to build hope by joining together to bring this collective energy to the art of sustainable change. 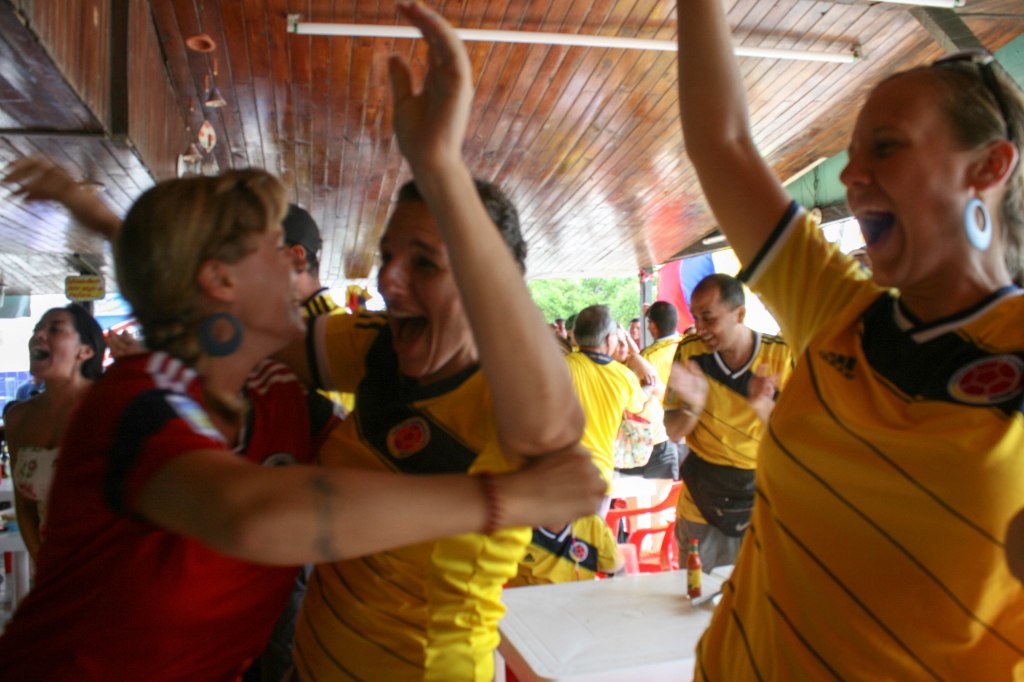 As an article in El Espectador reflects, the team is a metaphor for a new country that wants to believe in themselves after decades of self-destruction. Competition can be something healthy and legal within the search for a collective ideal.

I am therefore wearing red, have placed my bets, and am ready to join in the excitement. We are all popular today. And even if we don’t win, I remember the words of the lady who painted the flag on my nails: now we have hope that anything is is possible.

And what if we win?

5 comments on “How to Win Friends and Influence People”