Signs of the Times

“The barrenness of the poetic task: as if every day we look out at a courtyard of rubble and from this are required to make something beautiful.” – Theodore Roethke, quote found on the ever lovely Calm Things blog.

For lunch sometimes, I go to a vegetarian restaurant near my office. The food is okay, if you are a fan of soy steaks, but what I really love is the box of words that the server brings around at some point during the meal. Everyone is encouraged to take one and reflect on it during their meal. My word the other day was “fe,” or faith. 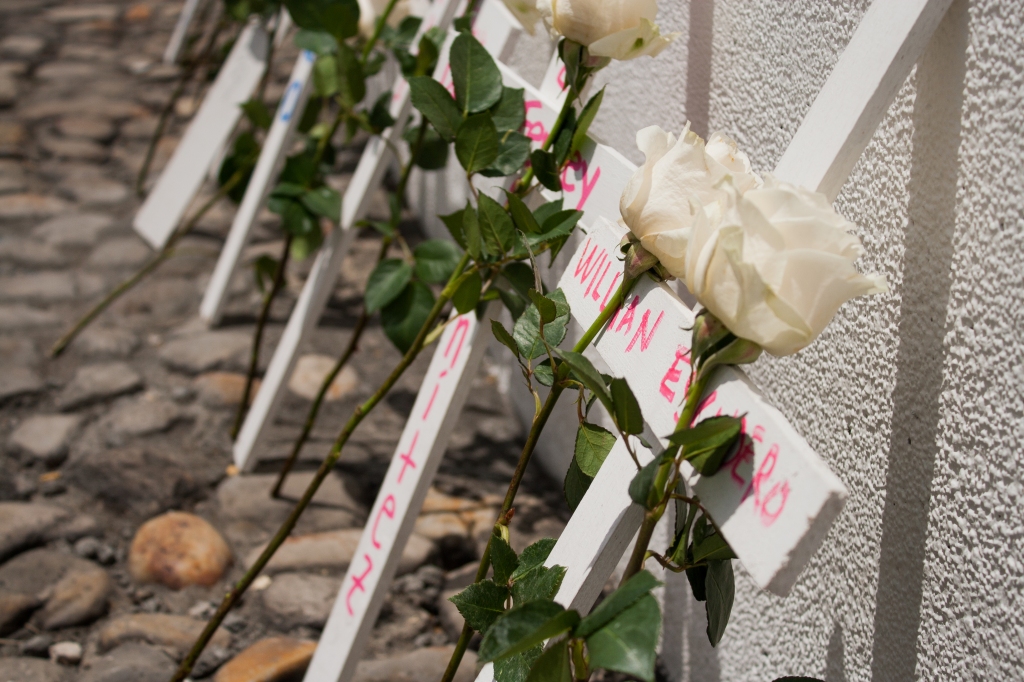 Somewhere in the last few years, I started to look for signs. Yellow flowering trees on the Parkway, a nun sighting on my way to work: the constancy of these simple things tell me that life is going to be alright, that the word faith can encompass today’s work and the work of tomorrow.

Colombia’s armed conflict has claimed over 7 million victims. On April 9th, we collectively remember the disappeared, the kidnapped, the victims of sexual violence, the displaced, the threatened, the refugees, and many more.

To be honest, I sometimes forget about the enormity of these statistics. Life here, armed conflict included, finally feels normal. I find it easy to be engrossed by the micro, one person at a time, and to lose sight of the macro level of structural injustice and long term war. When I finally am reminded of the reality in which millions live, it is even easier to become paralyzed and overwhelmed by the magnitude of suffering. Yet signs abound, if you pay attention.

In fact, only hermits could have missed the signs on Thursday, as we took to the streets in remembrance and solidarity with the victims. Clowns, marching bands, and the laying of crosses all seemed oddly appropriate and important, as the experience of each victim is as varied as the expressions the crowds used in their remembrance. People cried and laughed. And then we, all 100,000 plus of us in Bogota alone, walked together in a moment that once again demonstrated that being a victim does not mean simply being passive. 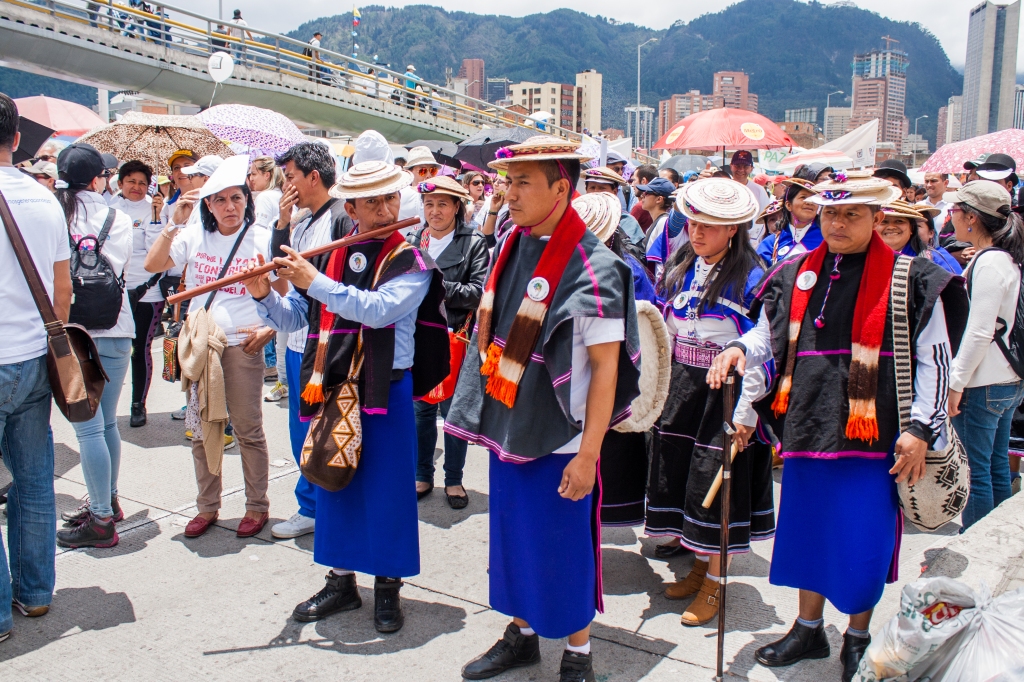 From public events to private meetings, during meals and on buses rides, I have seen over and over again the active humanity behind statistics, of real people living real lives.  I have been forced to see my responsibility as a citizen from the north for the perpetration of violence, in mining projects and military rapes, yet have still been invited to participate and actively document and communicate alongside my Colombian colleagues.

Finding beauty, or the symmetry of justice as a recent Brain Picking’s article states, is challenging in the midst of the juxtapositions of realities and responsibilities. Yet starting from a position of commemoration and memory is a way forward.  The moments for which I am the most grateful are the occasions when I have been trusted with another’s story and then invited to walk alongside the continued unfolding of that narrative for a time.

As I experience every time I participate in a giant activity, walking alongside is not a passive action. This time, it was a privilege and an honour to be invited to engage in memory work, to photograph signs of hope and beauty in the midst of remembered suffering. Yet part of the work of memory is understand why events happened and how to ensure that horror never happens again.

Sometimes, instead of looking for signs, I like to carry them. As we marched, the letters we each carried spelled out Sin Olivido. To not forget. To never forget: the suffering or the humanity, the senselessness of violence or the strength of human dignity, agency and victimization. To never forget: our responsibility to carry these stories forward, to join the chorus of those who not only call Presente! after each name, but also engage in the long task of collective self-examination of privilege and power. To never forget: this is the poetic work of faith, for justice today and tomorrow.

1 comments on “Signs of the Times”