Talking about Violence and Blood Pressure 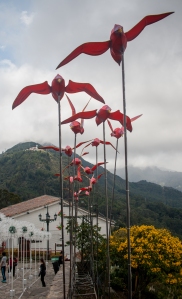 It turns out my dad is allergic to Bogota.

What was supposed to be a relaxing Christmas vacation, therefore, filled with hiking, coffee and urban exploration morphed into Anna’s Grand Clinic Tour of Colombia, Christmas 2015, complete with ambulance rides and blood pressure machines. Thankfully, after various tests to determine if anything was wrong with my dad’s heart, it appears to be high blood pressure combined with Bogota’s altitude of over 8000 feet.

After giving us the good news, the cardiologist hesitated and then asked if he could ask an indecent question. Was it true, he wondered, that Canada was looking for doctors? When I asked him why and if he had any hope for change with the peace talks, his answer was an emphatic no. There are many other armed groups, he explained, and above all the social inequality- the enormous gap between the rich and the poor- will continue to generate violence, crime and instability. The doctor wanted a better future than fear, not necessarily for himself, but for his three children.

On our way into the hospital, we had entered what I assumed was the emergency waiting room for everyone. It was crowded, with some people sitting on the floor and others standing in lines that seemed to go nowhere. We waited in one such line for a while, until I finally went up to a window and asked the attendant how to register. Bored, she asked us what health system we were affiliated with.  When I responded that we would be paying in cash, she woke up and immediately sent us to a separate entrance around the corner, filled with rows of empty chairs and people eager to admit my father.  It may not have been much, but our small interaction is a clear illustration of the social inequality and privilege that our doctor mentioned, not only in health services but in everything else as well.

Of course, our doctor and members of his family and mine are not going to end up waiting for hours to get into a clinic; that inequality is one of largest roots of the ongoing conflict.

Even after living here for over four years, I’m still not sure how to talk about violence, not only in Colombia but all over Latin America. I am afraid of perpetrating stereotypes and telling a single story that demonizes individuals instead of pointing out structures that replicate and cause violence. In my simple anecdote of the waiting room, for example, I fear that you may now associate poverty with violence and be alert for all the criminals waiting for their turn to see the doctor, which is not my point or the truth at all.

Rather, impunity, corruption, inequality, high unemployment rates and a lack of spaces for political participation are some of the structural factors behind outbreaks of violence, as I have blogged about before.

It is easy, however, to recite my litany of root causes, but I’m still not sure how to talk about living and interacting in a society where violence is normalized, especially as a privileged person who can afford taxis and return to Canada at any time. Yet if we can’t discuss violence or recognize it, how can we deal with the impacts or celebrate resilience? (This is true not only in Latin America but also in the north, in societies with rape cultures, gun violence and institutionalized racism) 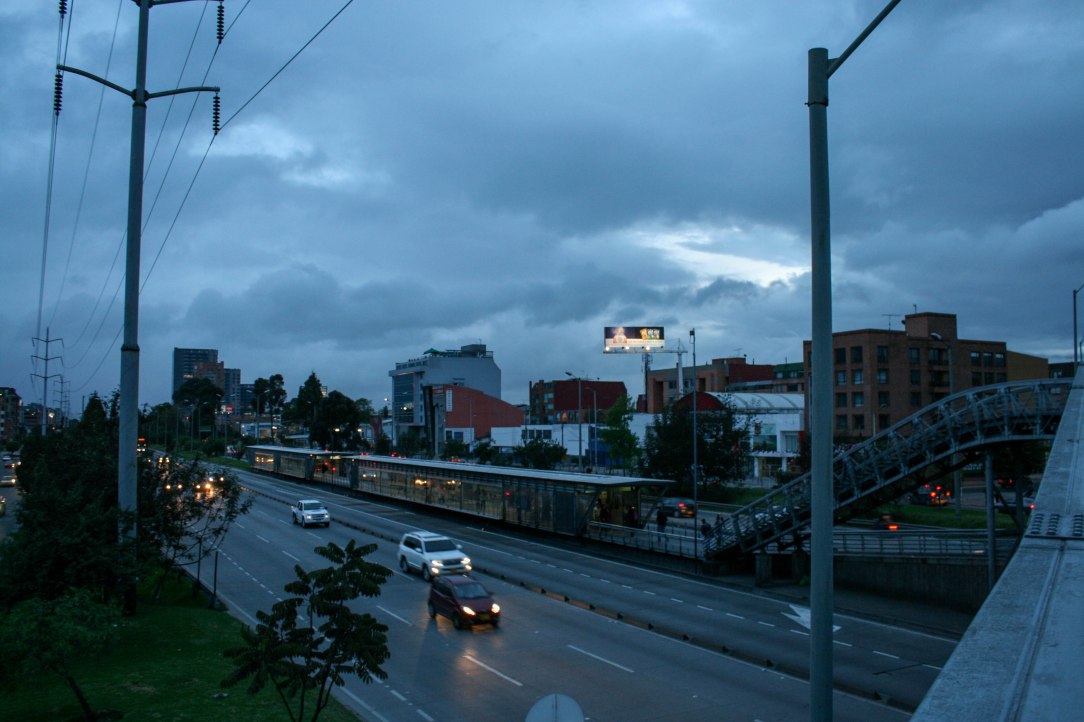 In Bogota, the moment the sun sets I start calculating how best to get home to my relatively safe neighbourhood- where to catch an authorized taxi and which street corners to avoid. I don’t carry around expensive things and I may have driven my sister in law crazy by insisting that she not wear her diamond and gold nugget wedding band out in public. In Honduras, people don’t go out at night at all.  A Colombian friend remembers nights growing up when she warned to stay inside because armed groups were “cleansing the neighbourhood.”  We need to be able to talk about this in order to address trauma and engage in advocacy in places where violence is a daily possibility.

I celebrate the fact that Colombia is chosen as the happiest country on earth year after year, despite conflict, social inequality and violence. That doesn’t mean that everything is okay, but it is a reminder to check our stereotypes and pay attention to resilience.  For every relatively privileged doctor who wants to leave the country there are hundreds of people in much more difficult situations who choose to stay and to embrace life in their countries.

When my dad wasn’t checking his blood pressure, he tried to find the restaurant of a Syrian refugee who moved to Colombia and started a food business with his Colombian wife. We didn’t have any luck, but Bellah Almotaz Kedrou’s story illustrates the fact people also choose Colombia as a place of safety.

There is no single story.

I’m still not sure how to write a nuanced understanding of violence in 800 words, so consider this part of an ongoing conversation about the complexities of a place. Your voice is welcome.

2 comments on “Talking about Violence and Blood Pressure”